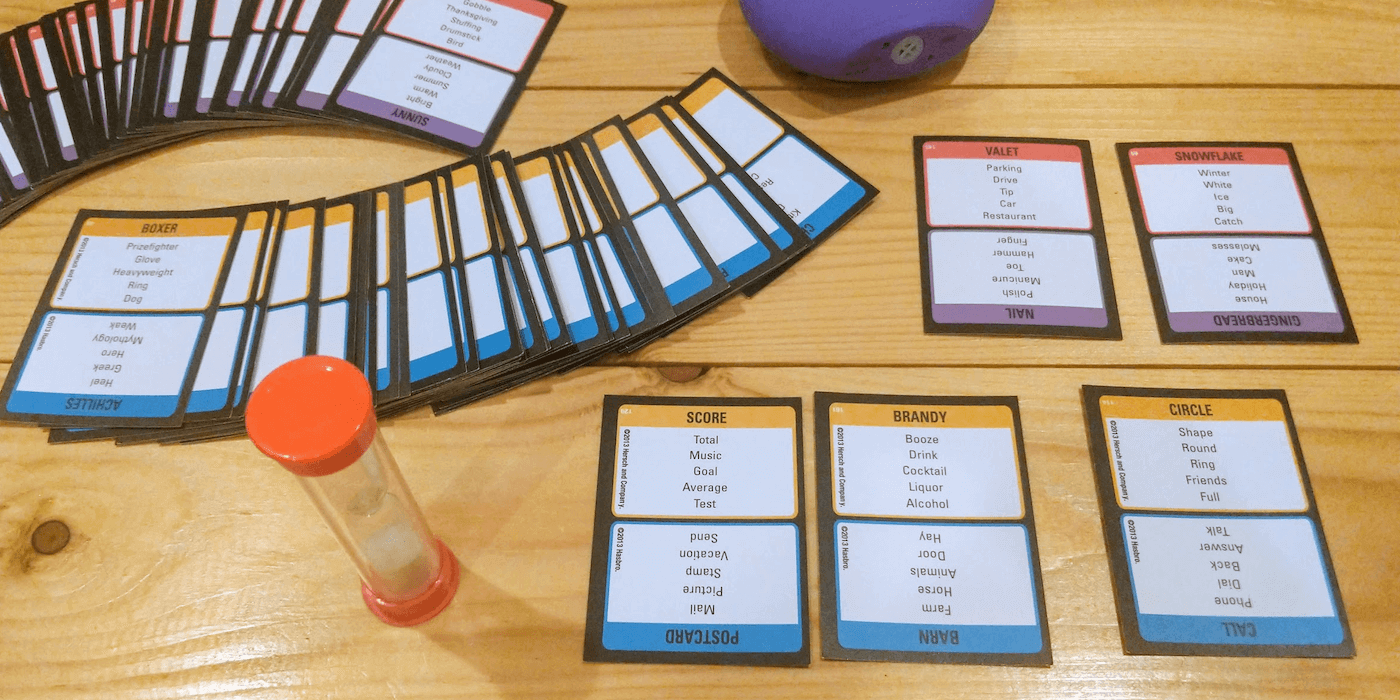 Designer: Brian Hersch
Buy Taboo on Amazon
Good Game Shelf is supported by readers like you! If you buy something after clicking on our links, we may earn an affiliate commission.

Taboo is a classic word game that is fun for any big group. The game might be simple, but the time pressure and word limitations make it a real challenge.

If you're looking for a new team-based competition all about guessing secret words, these 3 games are similar to Taboo and add some fun new rules. 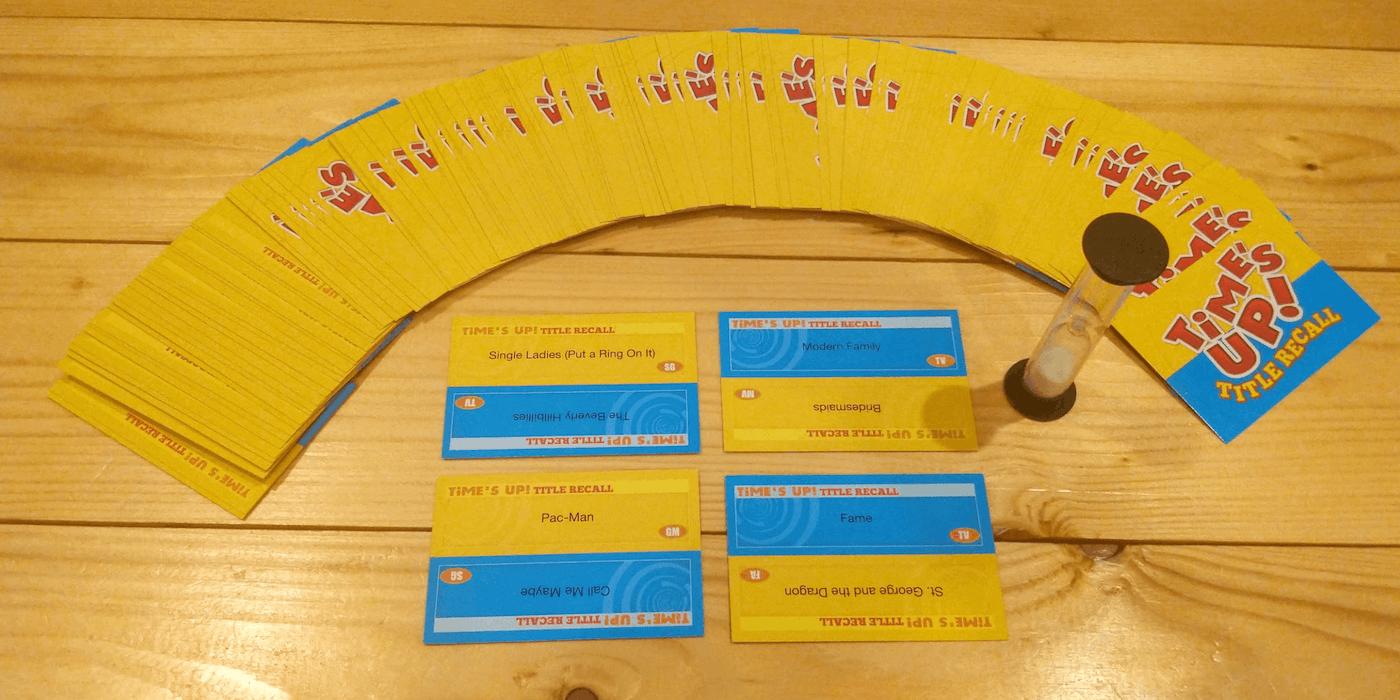 Time's Up! is another game where two teams race to guess the most words before time runs out. This game is played over 3 rounds, and the rules for giving clues become progressively more strict. This gives more variety in gameplay compared to Taboo, where the rules stay the same.

In Round 1, the clue giver is allowed to say anything they want besides the secret word - there are no off-limits words like in Taboo. In Round 2 however, clues can only be a single word! And in Round 3, you can't speak at all and must act out the word like charades.

Here's the catch though - the same 30 cards will be used for all 3 rounds. This means that both teams will hear every secret word after the first round, and you can rely on your memory when you're working with 1-word and charades clues.

Time's Up! will test your memory on top of the quick thinking required in Taboo. If you want a game that is just as easy to learn but offers a fresh take on the rules, give this game a shot!

Quick note - we think the "Title Recall" version is easier for more people to have fun with:

Buy Time's Up! on Amazon 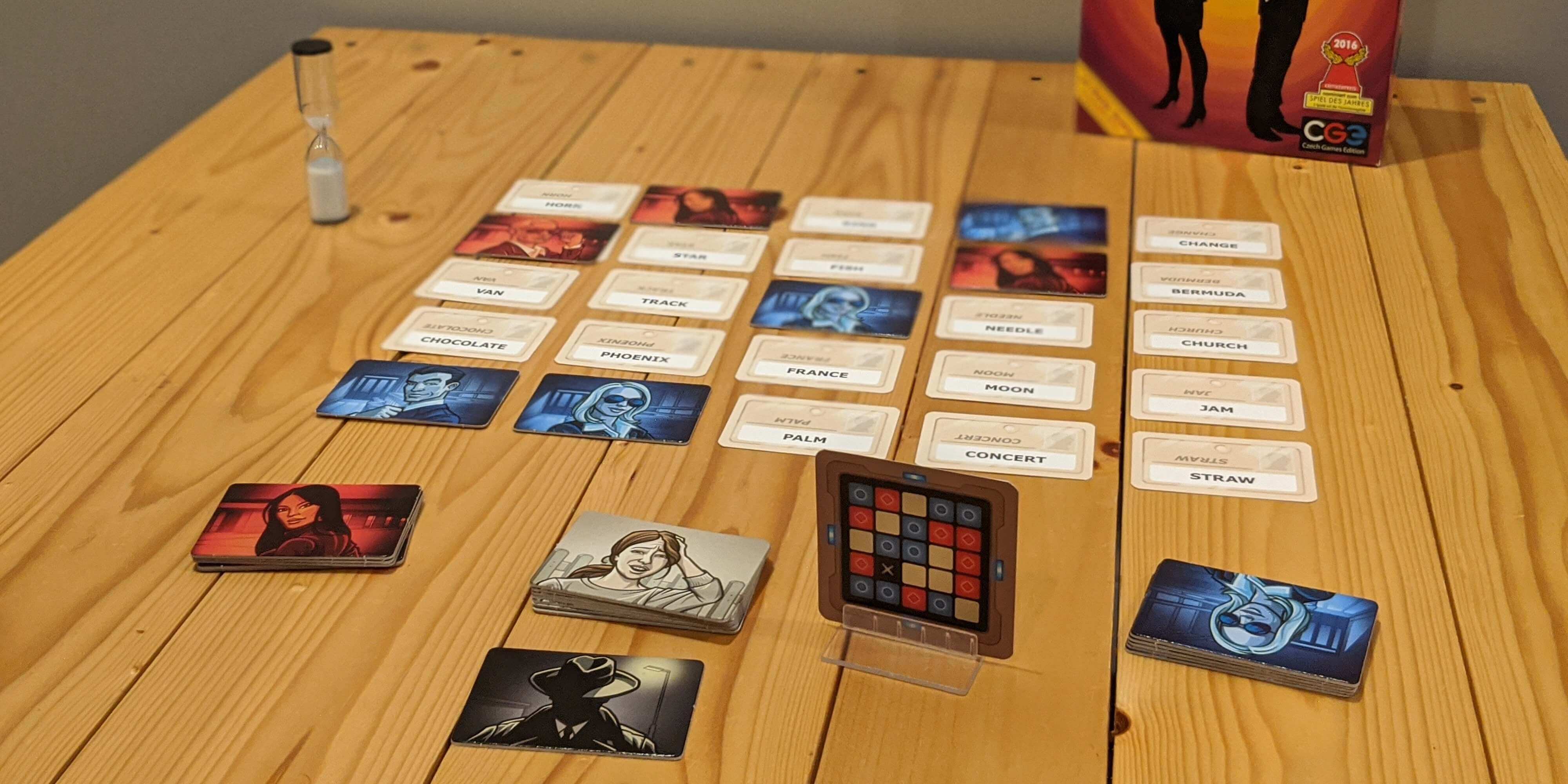 Codenames has become a popular game since its release in 2015, and for very good reasons. This game blends word association, deductive reasoning, and high-stakes strategy, all into a game that is easy and fun to play. If you like Taboo but want a new challenge, you'll love Codenames - it lives up to the hype!

25 word cards are laid out in a grid on the table. Another card shows a pattern of blue and red squares which correspond to the grid, but only one player from each team will see this information - the Spymasters. As Spymaster, you give clues to your team about the words that match your color, and it's a race to get your team to identify all of your words first!

Here's the tricky part though - clues must be only one word and one number. If you give the clue "Sandwich, 2," this would mean 2 words on the board are related to "sandwich." Your team then tries to guess which words you are thinking of - maybe "cheese" and "bread." However, it is entirely possible that your team accidentally guesses a word for the opposing team!

Codenames requires deep strategic thinking, but any group can quickly pick it up and start playing. If you think you and your friends can mind-meld for the win, Codenames is the best in its class. 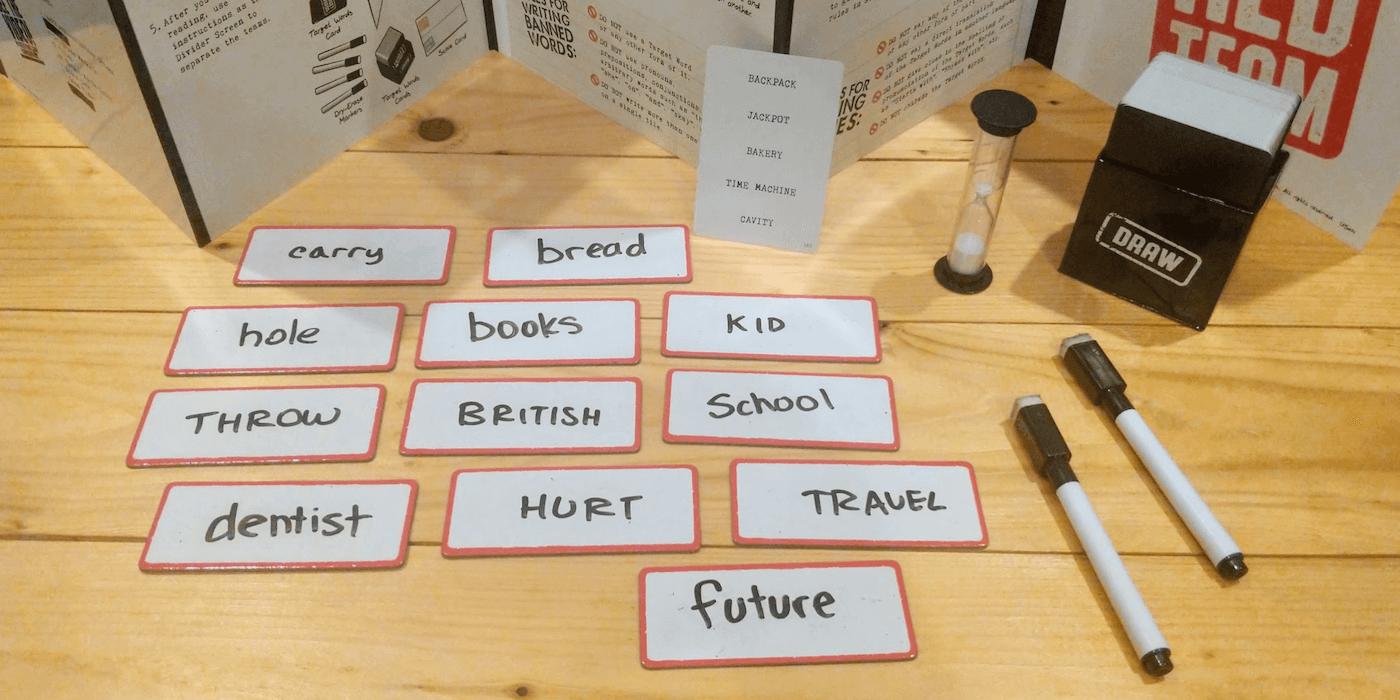 Banned Words is similar to Taboo, but instead of each card showing the words that are off-limits, the other team gets to decide!

The clue-giver provides clues to the 5 words like in Taboo - if a word is correctly guessed, the guesser's team earns 1 point. If the clue-giver OR the guessers say a banned word though, the opposing team gets a point! Banned Words really is a mind-game at its core. It goes something like this:

If you love Taboo but would prefer more teamwork and ridiculousness, Banned Words will give you exactly that. This game will keep everyone entertained and is perfect for a tight-knit group.